What Should I Mix Rum With? 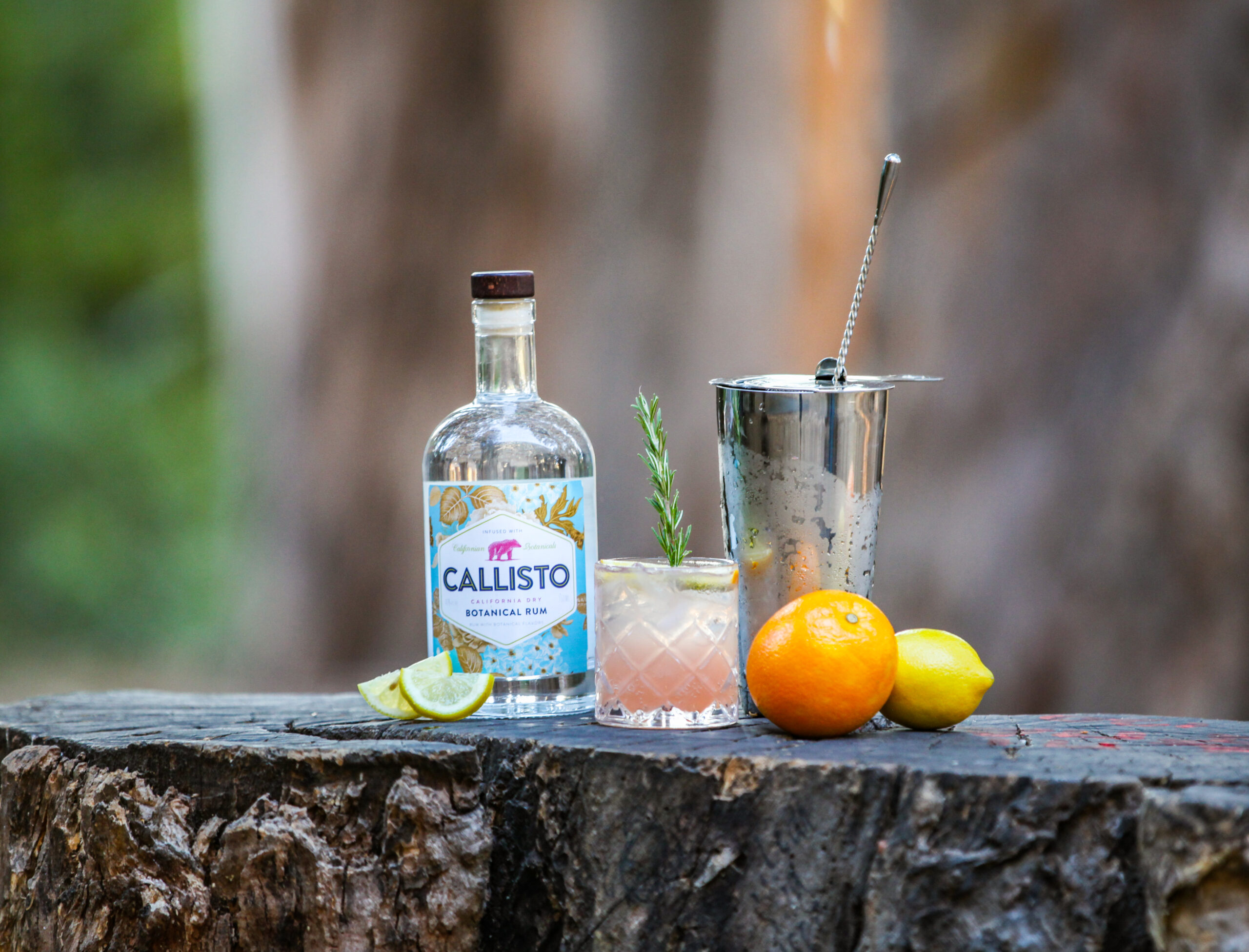 Light rum. Dark rum. Aged rum. White rum. Spiced rum. There are almost as many types of rum as there are rum mixers–and each combination has its own special charms.

Yet Callisto Botanical Rum stands alone. Callisto is one of the nation’s very first dry botanical rums. If you like rum cocktails, you’re in for a treat, because it’s going to open some brand-new doors for home bartenders.

What is Callisto Botanical Rum?

Born and raised in Bermuda, Callisto’s founder, Giles, has a deep understanding for the diversity, elegance, and complexity of Caribbean rums.

But when he arrived in California, he was surprised to learn that most Americans were only familiar with the inexpensive, overly sweetened rums they drank in college. Inspired to expand their horizons, Giles created a one-of-a-kind rum that combined his favorite flavors from his new and old homes.

Callisto starts with a base of aged Nicaraguan and Trinidadian rums. Those are charcoal filtered to remove the amber color while retaining the unique character and smoothness imparted by the cask. Then, those rums are infused with a unique mix of locally sourced, organic Californian botanicals, including flowers, herbs, seeds, roots and bark.

The result is dry and refreshing, with a pine and floral base accompanied by a hint of salty sweetness. It’s unlike any other rum you’ve tried–and it mixes differently, too.

How Do You Mix It?

The most classic mixer for rum is probably cola. We’ve all had our fair share of rum and cokes (or Cuba Libres, if you’re feeling fancy about it).

While you can absolutely mix Callisto Botanical Rum with cola, we actually think ginger ale or ginger beer is a better soft drink mixer. The fresh and complex botanical tones of Callisto meld beautifully with the warming flavor of ginger. A little fresh lime juice won’t hurt, either, then finish with some rosemary sprig.

Callisto also makes a mean rum-and-tonic. We recommend a premium tonic water like Fever Tree Mediterranean to pair with Callisto’s herbal undertones. And don’t hold back on the garnishes. Rosemary, pink peppercorns, and orange wedges are a favorite combination, but feel free to experiment to suit your own palate.

You can also take Callisto in a tropical direction with a combination of pineapple juice and coconut water. It delivers many of the same delicious flavors as a piña colada without that heavy sweetness (or the need to wash your blender). Orange juice and cranberry juice also make top-tier fruit-forward Callisto mixers.

Ready to start experimenting with your very own bottle of Callisto Botanical Rum? You can shop online, or use our map tool to find a retailer near you.