ARE YOU OF LEGAL DRINKING AGE?

A Guide to Botanical Rum 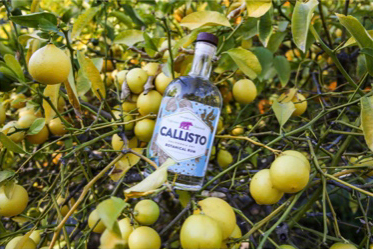 In California’s Bay Area, Callisto launched in 2020 with a “California dry’- style botanical rum. Giles Templeman, the company’s co-founder and CEO, grew up in Bermuda (home to Gosling’s) and had an affinity for rum. He was drawn by the fact that the rum category has few restrictions.

“with that in mind, we said, “We can flavor rum with anything.” says Templeman. “We said, what would be super cool would be to flavor our rum with locally sourced California botanicals.”

Callisto starts with a blend of Trinidad and Nicaragua rums, transferred to Petaluma, where it’s infused with botanicals like rosemary, lavender, burdock root and cherry bark.

Botanical rums have also picked up speed across the Atlantic. Five Hundred Cuts Botanical Rum, from the U.K. brewery Brewdog, is fermented with red wine yeast and flavored with tonka bean, lavender and clove.

In Holland, Amsterdam’s Spirited Union makes five fruit-forward varieties that include a blush-hued Pink Grapefruit and Rose bottling. Even Cuban icon Havana Club has rebeased a Verde rum infused with orange peel and mint. It’s currently available only in Germany. “Botanical rum is an open space to innovate, says Templeman. “There’s a ton of bases and botanicals to work with”

For now, it’s still a relatively niche product. It may never become mainstream like spiced rum. However, Templeman says, “there’s an open ocean for the category to grow”