ARE YOU OF LEGAL DRINKING AGE? 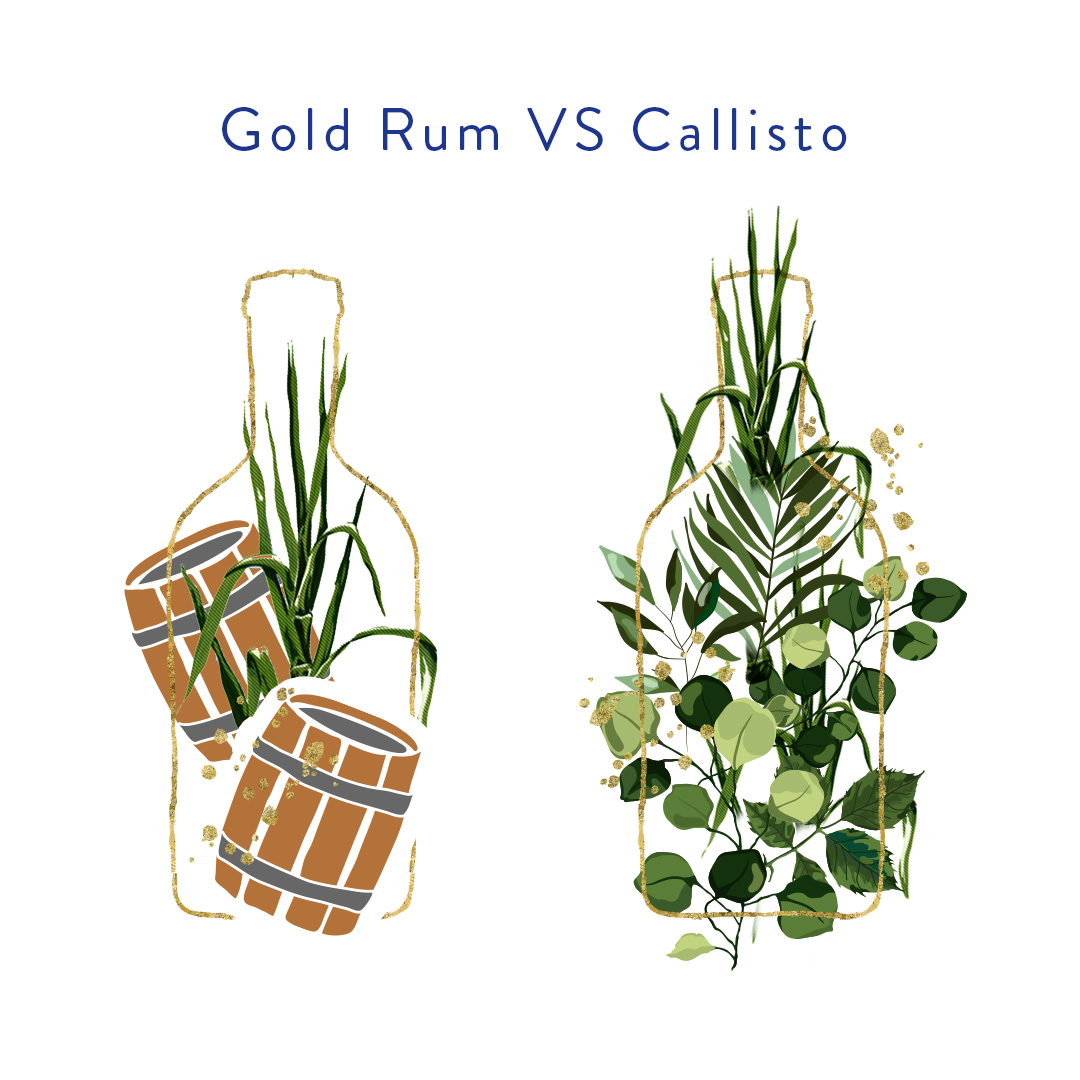 If you live in or have visited California, you know that it’s not a monolith. As one of the largest states in the continental U.S. the landscape, weather, people, vernacular, and culture differ from the most Northern tip to the Southern border.

We love California so much that our rum is inspired by and made from California botanicals. We can’t spill our secret mix of botanicals, but we blend the flavors and personalities of Northern and Southern California into our botanical rum.

We’ve compiled a list of our favorite Callisto cocktails that capture each of the personalities of Northern and Southern California. Is your vibe more NorCal or SoCal?

A Callisto take on the classic Cable Car cocktail. And an obvious homage to the iconic cable cars of the streets of San Francisco. Make yourself a Callisto Cable Car and imagine you’re on the corner of Hyde and Union listening to the hum of the rails, eating Swensen’s ice cream, and cherishing a San Francisco sunset.

Rub the rim of a chilled glass with a lemon wedge and dip into cinnamon sugar in a wide-mouthed bowl to coat. Shake the remaining ingredients with ice. Strain into the prepared glass. Garnish with an orange spiral.

Combine all of the ingredients into a shaker with ice and shake vigorously for 15 seconds until well mixed. Strain into a rocks glass over fresh ice and serve.

A French 75? Northern Californian? Hear us out. The California 75 is the NorCal twist on a French classic. Drive up to Napa and pick up a bottle of a crisp, dry, California sparkling wine to give this cocktail a classic Californian twist.

Shake Callisto, simple syrup, and lemon juice with cracked ice in a cocktail shaker. Strain into a Collins Glass half-filled with cracked ice. Top off with Californian Sparkling Wine. Enjoy!

“Ugh, as if!” This cocktail is made for your inner valley girl. Put on Clueless and perfect that valley girl accent with this totally rad modern take on the White Lady cocktail. Sub gin for Callisto Rum and you’re like almost on Rodeo Drive.

Dry shake the ingredients, then shake with ice. Strain into a coupe glass. Garnish with lemon peel and mint.

Grab your flip flops, we’re heading to the beach. What’s more quintessentially Southern Californian than flip flops? Nothing. This creamy Callisto cocktail reminds us of long days with our toes in the sand and sunsets on the beach.

Dry shake all of the ingredients, then shake again with ice. Double strain into a chilled coupe glass. Garnish with a few grates of nutmeg.

A taste of the Golden State’s sunrise with a Callisto Sunrise. A Southern Californian staple, a Tequila Sunrise gets a twist with Callisto botanical rum. Maybe we should call it a Callisto Sunset, because you’ll be wanting to sip this one with your sweetie while watching the sunset on the California coast.

Do you agree with our choices? Share your California inspired cocktails on Instagram and don’t forget to tag us @callistospirits