From Sugarcane Farming to Botanical Rum: A Brief History of Rum | Callisto 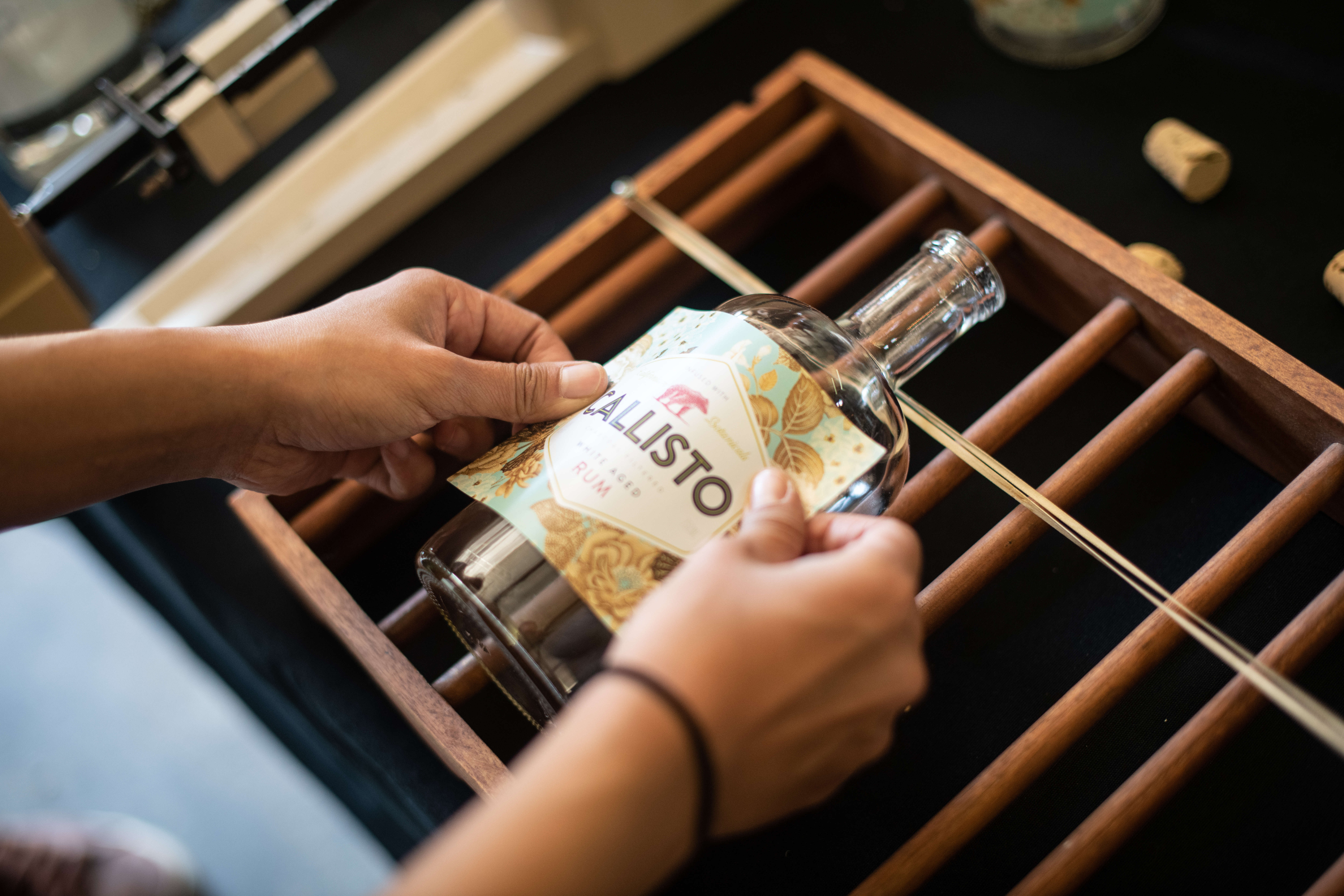 Where does rum come from? We’ve heard this question many times and it’s one we’re happy to answer. The tale of our favorite spirit is an adventurous one. It involves presidents, privateers, pirates and even a revolution. There’s also plenty of rum cocktails.

Rum has been around for centuries but the story really gets good once the spirit reaches the Caribbean. That’s also where Callisto of California’s founder, Giles Templeman discovered it. He grew up around this incredible spirit and even worked with it as a bartender in local hotels. The experience helped him recognize that rum has the ability to adapt, just as it has through Callisto Botanical Rum.

So mix yourself a Callisto rum cocktail and get ready for a spirited history of rum.

Where It All Started
A spirit that sounds an awful lot like rum (distilled from the juice of the sugarcane) pops up in a Sanskrit text dating back to 7th century India. Back then, it was being used as medicine, getting prescribed to patients by Ayurvedic doctors. It would be a long time before the spirit was making a splash in tiki drinks.

Rum took off once it reached the Caribbean. Some evidence indicates that it may have originated in Brazil but no one was talking about it yet. The first written account of the spirit took place on the small island of Nevis in the mid-17th century. The enslaved people working on plantations discovered that molasses produced in the process of refining sugar cane could be distilled into a unique spirit.

It didn’t take long for rum to find an eager and thirsty audience with the rich and powerful. Soon wealthy people were sipping rum at fancy parties throughout the Caribbean and in other American colonies as well.

Popular with the Thirteen
While rum has strong ties to the Caribbean islands, there was a time when the drink became so popular with residents of the American colonies that they tried to co-opt it themselves. A rum distillery opened on Staten Island in New York around 1664. Other distilleries popped up throughout New England around the same time.

By the mid-1700s, it was the most popular spirit among colonists, each consuming nearly four gallons of it a year. At the time, it was commonplace for politicians running for office to ply voters with rum to win seats. In fact, George Washington, himself a big fan of the beverage, poured around 28 gallons of rum and 46 gallons of rum punch for constituents while running for a Frederick County seat in the House of Burgesses.

The colonists weren’t just drinking it. They were also making a lot of money on it. Those colonial distilleries started importing molasses from French colonies in the Caribbean to save a bit of money. But the British government wasn’t a fan so they imposed the 1733 Molasses Act, taxing any molasses imported from non-English colonies. Basically, Britain was asking the colonists for war.

Rum Means Revolution
Colonial still trying to circumvent the molasses taxes turned to smuggling between the Caribbean and the thirteen colonies. When the British got wind of it, the government took their efforts to squash colonial trade a step further with the 1764 Sugar Act. The new law cracked down with stronger enforcement of the duties on sugar and molasses. And that’s when the colonists had pretty much had it with the British.

Sure, they might have thrown tea into a harbor at some point. But the real reason the American colonists revolted was rum (and maybe some other things too). They wanted to drink their booze in peace and not have to fund the British Royal Navy in the process.

During the Revolutionary War, rum was often the topic of letters written by leaders of the Continental Army. Even General Washington lamented the “scarcity of rum” during the war, ordering that it be rationed in a 1778 letter.

Once the war ended and the United States of America set about becoming its own country, the colonists were once again free to drink rum. Washington ordered a barrel of Barbados’ best rum for his presidential inauguration.

Pirates, as Promised
The fact of the matter is pirates took whatever they could get their hands on. In the 1700s, that included a ton of rum. The spirit had grown so popular that it became a hot commodity for trading on the high seas. Privateers used it as currency to buy or sell a number of assets. Many of those privateers went on to become pirates.

As an added bonus, sailors in the British Royal Navy started getting daily rations of rum around the mid-1600s. This likely added to the stock of rum floating across oceans and onto pirate ships.

Eventually, the publication of ‘Treasure Island’ by Robert Louis Stevenson in 1883 solidified the connection between pirates and rum forever.

And All the Cocktails
The popularity of rum in the United States and worldwide has continued throughout the decades. A wide variety of rum emerged from the Caribbean. White rums feature prominently in a lot of common rum cocktails while dark rums are aged for a time in barrels, offering a more nuanced flavor.

Tiki drinks originated in the 1930s in California, bringing a bit more life to the spirit. Ernest Hemmingway sipped rum cocktails while living in Key West around the same timeframe. Today, rum lovers have the option to sip rum over ice in a glass or mix a cocktail of their choosing. Callisto takes it a step further, merging Caribbean rum with California botanicals. It’s the next generation of this adaptable spirit.