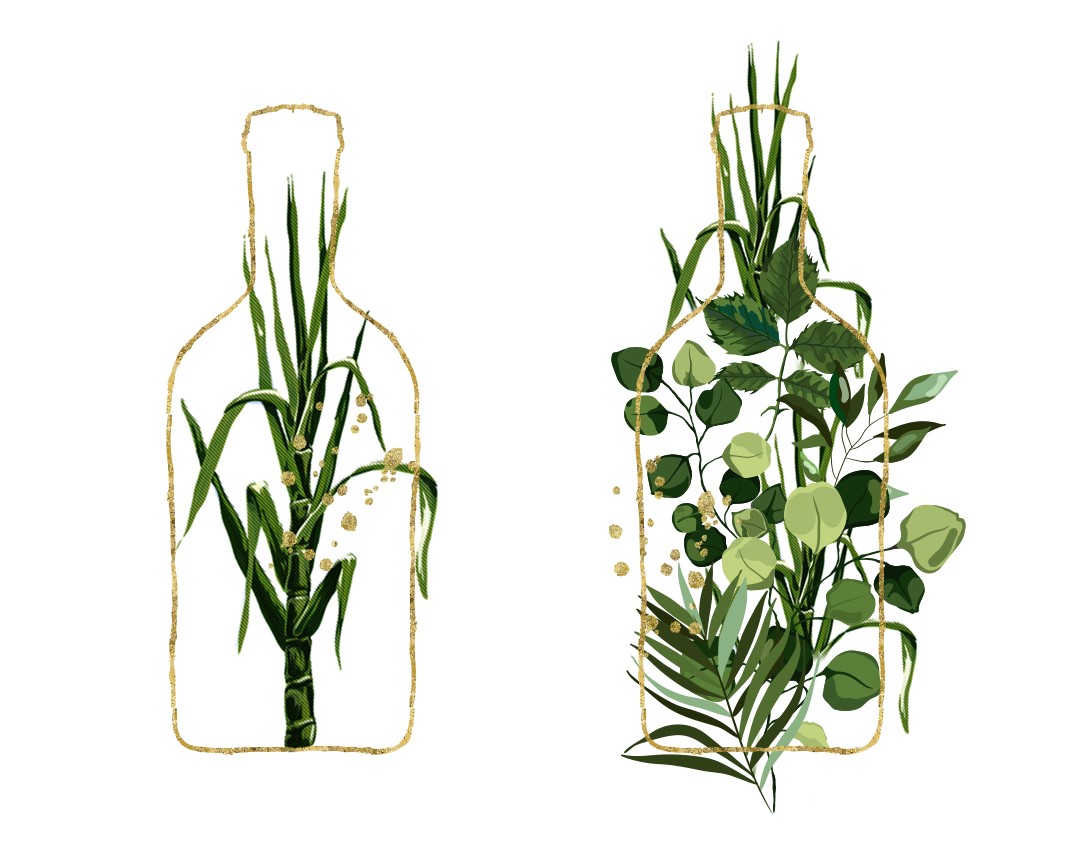 What is the Difference Between Botanical Rum and Traditional Rum?

Rum has a complicated and complex history. We won’t get into too many of the details here, but the history of rum is deeply rooted in colonial history. Most of the rum we drink today comes from the Caribbean and Latin America. It is a distilled spirit made from sugarcane, which if you know your history, was a significant and very politicized crop grown throughout British colonies. There are commonly 4 different types of rum, but we’d like to add a 5th type with the introduction of Callisto, a botanical rum.

What are the different types of rum?

There is silver or white rum, which is not only light in color, but also flavor. The next time you order a Mojito or Daiquiri, you’ll most likely be served a white rum. It’s best used in cocktails, but don’t be afraid to try it on its own. As you might have noticed, Callisto is light in color and we think it has the versatility to be enjoyed in a cocktail or on the rocks.

Then you have gold rum, which is darker in color and aged much longer than the traditional white rum. It’s richer in flavor due to its aging process in wood casks – similar to bourbon whisky.

Next you’ve got dark rum, which gets it deep, dark color from being aged the longest out of all the rums. Have you had a ‘Dark and Stormy’? Generally, this quintessential rum cocktail uses dark rum to give it the dark and stormy color.

Finally there is spiced rum, which uses gold rum as a base…or more often white rum as a base and added caramel color. And spiced rum gets its ‘spice’ from a few different herbs like, cinnamon, cardamom, cloves, etc. You might have had a lot of spiced rum in your youth while you were drinking cheap rum and cokes at your local hole-in-the-wall. But don’t let those experiences tinge your opinion of rum. We think it’s just as refined as any other spirit.

Ok, so you’ve got an idea of what traditional rum is, right? Now let’s talk about botanical rum. Callisto rum, uses a carefully selected premium rum blend from the Caribbean as the base. It is aged and charcoal filtered, to give it the crisp, clear color. We then infuse our rum with California inspired botanicals.

Unlike spiced rum, which usually has a lot of artificial additives for both color and flavor, our botanical rum uses naturally infused botanicals. What are botanicals? It’s a good question.

Botanicals are really any extract that comes from an herb or plant and is edible, medicinal, or used in makeup or skincare products. It’s basically anything that can be derived from a plant, so that really leaves the definition open for interpretation. We derive our mix of botanicals from California, which has a rich and diverse selection of edible flora and fauna.

We unfortunately can’t spill the details on our recipe and perfect blend of botanicals, but we pull inspiration from such California natives like nettle, huckleberry, bay leaf, and rosemary. Our blend of botanicals creates a dry, floral, and smooth taste to heighten your rum experience.

Want to know more about our botanicals and unique rum craft? Give us a follow on social or email us at hi@callistorum.com!